No items found.
Product is not available in this quantity.

We offer the widest range of promotional services to help drive you business.

Give us a call 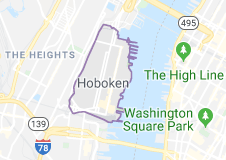 A Purpose And A Vision

Empowering community and culture through Local Journalism is so essential in today's world.

In 2011 we began our journey to develop a platform for Hoboken's community. An online place that would help connect residents, visitors, and businesses alike. Fast forward 2018, we continue to expand as a hyperlocal news and lifestyle media company serving as a local resource for the community.Using technology as the number one vehicle for local change, awareness, and to give back.We Imagine that 50 Years from now, our collection of news, events, and stories of people, will showcase Hoboken NJ like no other media company. The moments we capture will in essences be a snapshot of time as Hoboken History, Lifestyle, and Culture develops over time.

Our Audience Is Everything

Quick Snippet of Our Demographics By Composition

Our Mission For Local Small Businesses

Advertising should not be complex or expensive! Especially when it can be a high risk to a business.
We at HobokenLife™ completely understand this as we are a small business too.

Start Your Next Campaign With Us

Share your contact information and a member of our sales team will be in touch.
Our advertising and content solutions exceed advertisers’ goals almost 100% of the time, while our innovative partnership opportunities help brands connect with audiences in new and effective ways.
Thank you! Your submission has been received!
Oops! Something went wrong while submitting the form.
Your privacy is important to us